Why BLACK LIVES MATTER in the World

For several months now, the Black Lives Matter (BLM) movement has been taking the world by storm. Sparked by the horrific murder of the black man George Floyd by a white police officer in Minneapolis, the movement has inspired protests across the United States and all around the world. While the movement has thrust America’s deep racial inequalities into the spotlight, the history of racism in the country is as old as the country itself. America, though a country that was built on the ideals of “freedom” and “liberty,” is a country whose systems have been formulated to compound the success of white people while simultaneously suppressing opportunity and economic freedom for others, most especially black Americans. At this historic moment, where the fight for racial equity is center stage, companies must recognize the role they play in either perpetuating or stemming the flow of racial injustice in society. Through this blog I will explore the different ways in which companies can play an active role in supporting the BLM movement.

Looking back, America’s history of racism dates back to 1619 in Jamestown, Virginia – a time long before the nation had formed as the independent nation we know today. Nearly half a century later, slavery was officially abolished following the end of the Civil War in 1865. Despite this, the country maintained new laws that discriminated against and oppressed black people for years in a new era of Jim Crow and segregation. The end of slavery did not mark the end of racism, rather it ushered in a new era of institutional racism whereby the state sponsored legislation that preserved an uneven playing field for black Americans. 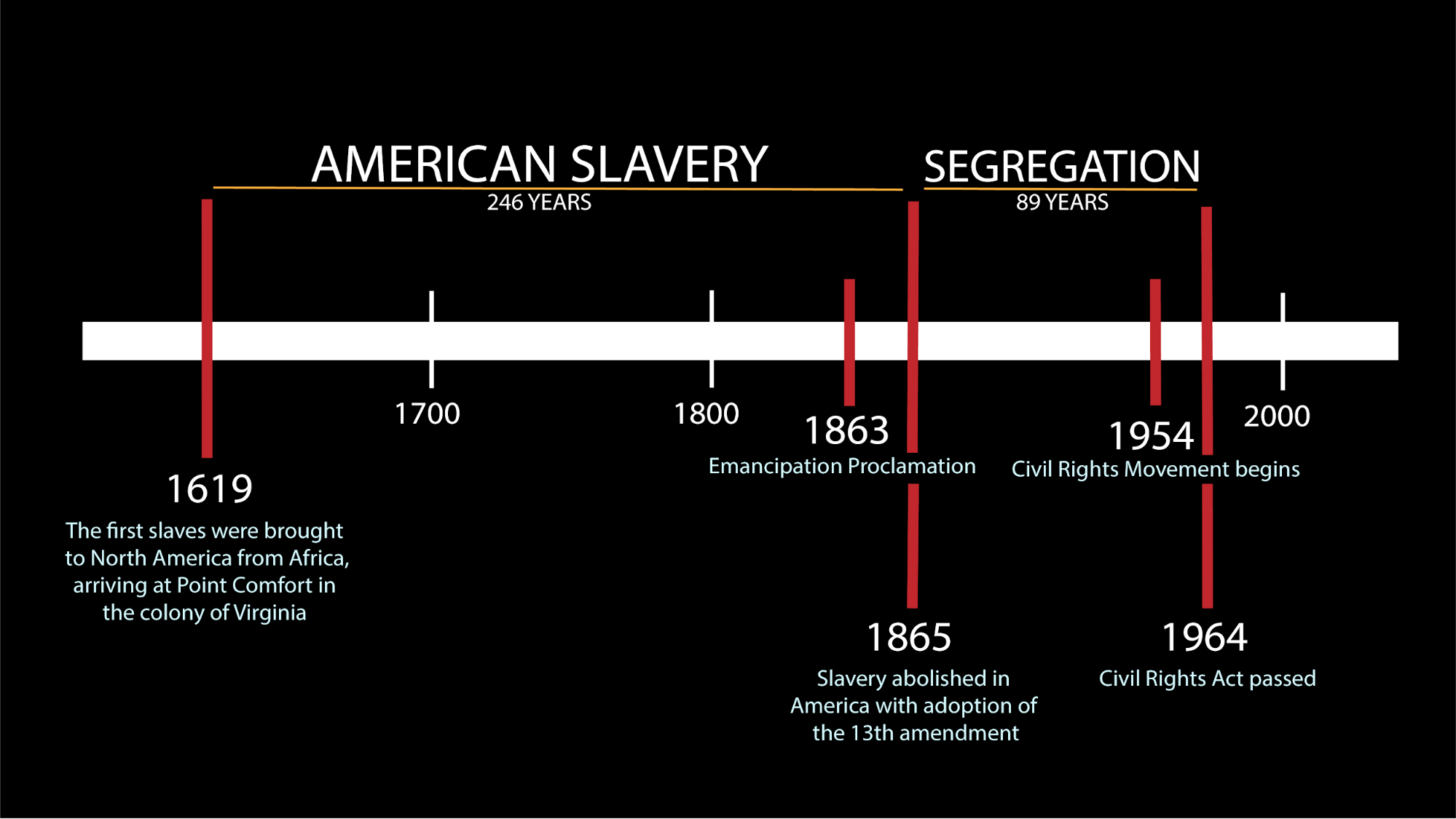 Fast forward to Florida in 2012, a 17 year old black American boy named Trayvon Martin is shot dead by George Zimmerman, a white man who claimed self defense in shooting the defenseless teen. A year later in 2013 Zimmerman was acquitted of all charges and #BlackLivesMatter was born. Following on from Trayvon’s tragedy is a string of cases of black people murdered by white police officers, thereby adding cause after cause to the BLM movement. Earlier this year the murders of Ahmaud Arbery, George Floyd, and Breonna Taylor reignited the movement in rapid succession. The dark reality is that their stories are not unique. Their stories are the stories of black people all over America, who continue to live in a racist society where even those the state has selected for public protection pose a fatal threat. In 2020, the ferocity of the BLM movement brought it into the mainstream for everyone to see. For the first time individuals, corporations, and government were being held accountable by the public for things they have done or shied away from in supporting this movement. The time for silence is gone, and the public wants answers.

As an individual and as a company, it is important to think about the roles you play. How can you, too, contribute to eliminating racism?

In an increasingly globalized society, it is necessary to deepen understanding of cultures and people different to you for they will only increase in number. Reject fear of the unknown and embrace curiosity and compassion. As a global community we have to find the path forward together, for it will surely be different than the one that brought us to where we are today.

ー The racial divide highlighted by coronavirus ー

The United States has, over the last few months, been one of the world’s most affected countries in the coronavirus pandemic with over 100,000 deaths. Yet it is George Floyd’s death that the world is focusing on now as the Black Lives Matter movement continues to gain steam. While the United States seems to be weathering blow after blow in 2020, we must examine more closely who is truly being affected by these changes. New York City is a microcosm for how the country has been affected these last few months. New York City was one of the worst hit areas in the United States, but the percentage of black and brown people who died from coronavirus is significantly higher than the rest. Areas like Brooklyn, Queens, and the Bronx that are typically lower income, have been the hardest hit. The wealthy inhabitants of Manhattan quickly fled to their second homes in the suburbs, away from the epicenter of the danger where lower income individuals were still deep in the throes of New York’s crowded metropolis. While the world at large was terrified by the coronavirus, it was certain levels of society that felt its true terror the most. People of color have borne the brunt of the coronavirus burden in the United States, while poor people everywhere have too. The coronavirus has distilled the inequities of American society, only to have them further highlighted by Amy Cooper, and the death of George Floyd. 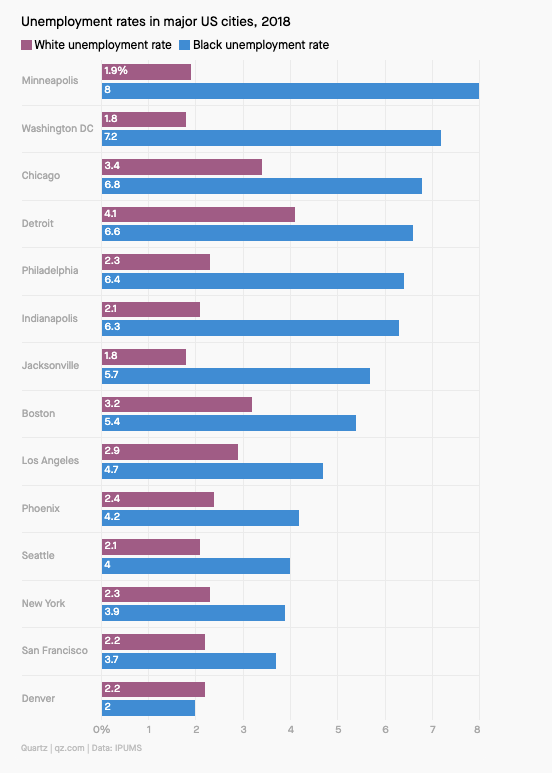 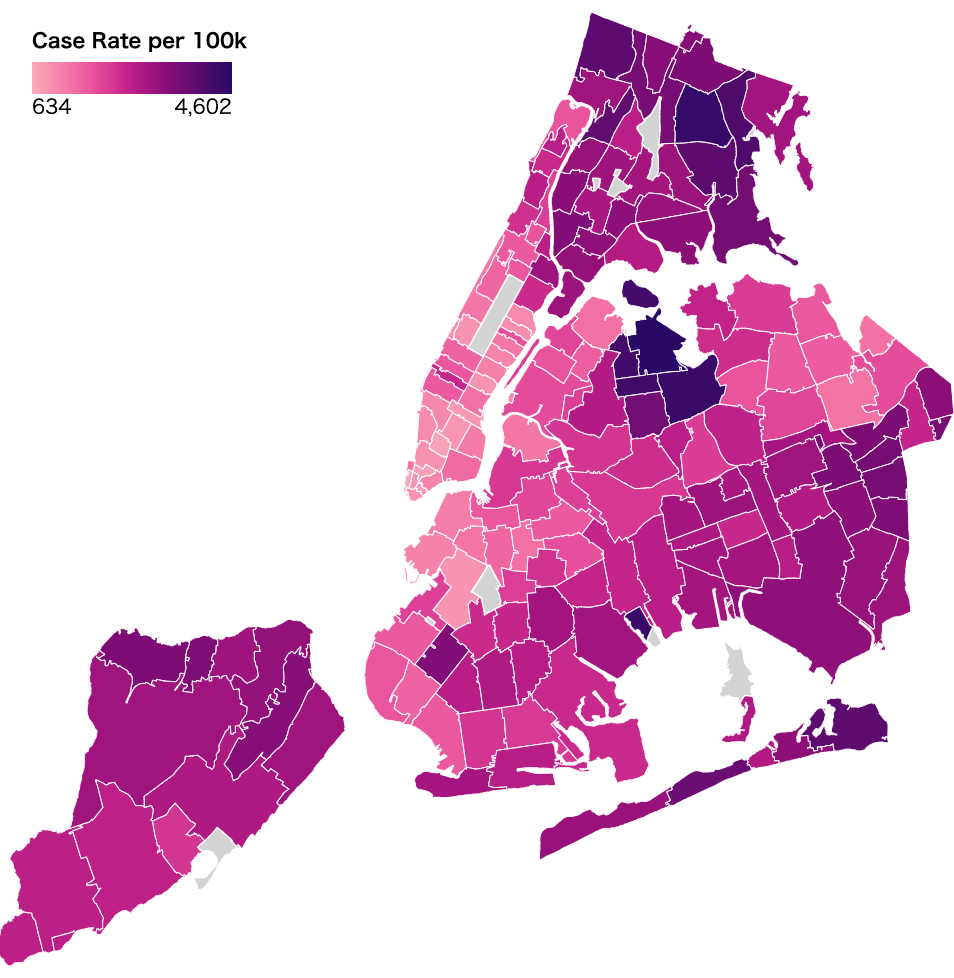 Japan, a traditionally insular and homogenous society, does not appear to struggle with the same challenges of racism at first glance. Thanks to globalization and the instantaneous transfer of information, the Black Lives Matter movement has reached Japan’s shores. As Japan prepares itself to be on the global stage for the Tokyo Olympics, it is forced to reckon with the challenges its society faces in accepting people from all different backgrounds and cultures. There are many things about other cultures that Japan remains naive about. In order to have a more open and accepting society, Japan must first put forth the effort to develop a deeper understanding of different cultural backgrounds. As Japan suffers from an aging society, it will be paramount for Generation Z to lead this effort in creating a more global perspective for future generations of this country. New generations will have to shift their perspective to realize that challenges that arise around the world are not isolated, and are in fact interconnected. For example, Gen. Z in the United States has made several powerful statements to the world in the last few months. Following one of K-pop’s super bands’, BTS, donation of $1M to BLM organizations, Gen. Z in America immediately rallied to match their donation, quickly reaching $1.3M and raising their target to $2M. Japan must recognize the incredible power of today’s youth and empower them to make positive changes in society.

While Black Lives Matter originated overseas, Japan itself is not without its own racial discrimination. Since the revised immigration Control act came into effect in April 2019, Japan has seen a relatively significant increase in foreign workers, many of them visually identifiable as non-Japanese. According to a survey by the Ministry of Justice, there were 2.15 million foreign residents in 2012 and 2.73 million at the end of 2018. Many of these young foreign workers report instances of severe labor, low wages, and power harassment at work, which has resulted in an alarmingly steep suicide rate. Is this not a form of racial discrimination worth addressing? It’s not a topic that is discussed nearly enough as it should be in Japanese society, with very little being done to rectify the situation. On the other hand, there are still accounts of discrimination against Koreans and Chinese living in Japan, due to the complicated histories between these countries. And yet, with the origination of the coronavirus in China, there have been stories of discrimination of Asians in many countries. So while the Black Lives Matter movement focuses on the jagged history of discrimination against black people, this moment in time provides an important reminder for people everywhere to examine their own systems of racial injustice. 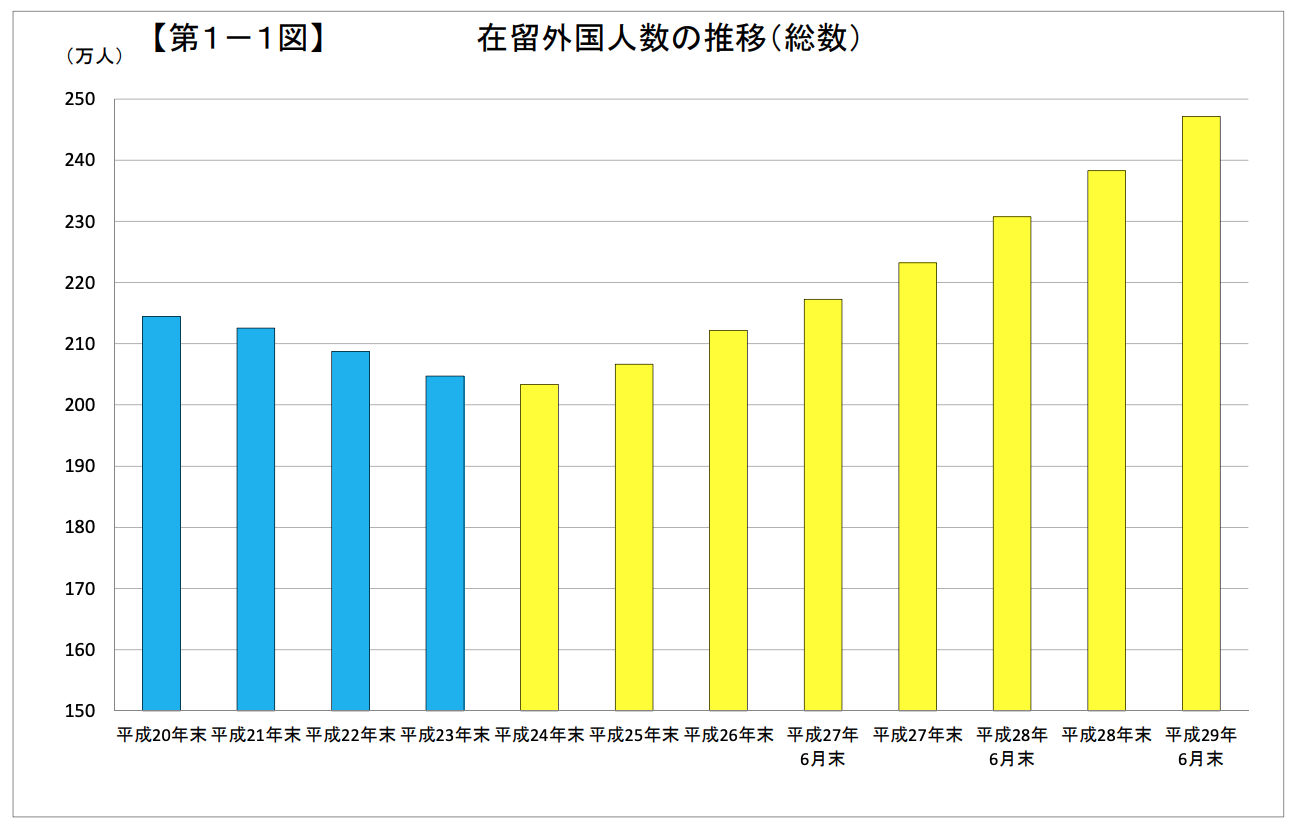 ー How will world leaders contribute to the solution? ー

Many celebrities and entrepreneurs have taken steps to show their solidarity with the Black Lives Matter movement. Nike, for example, has issued a new campaign with a riff on their slogan “Don’t Do It” across cities to show its support for the movement. In Silicon Valley, a traditionally white male dominated space, several entrepreneurs and investors have announced their support for the movement as well. Reddit founder, Alexis Ohanian, retired from his position as CEO with the implication that people of color should be given opportunities to be board members in corporate organizations too. Sephora, the leading cosmetics boutique, has reserved 15% of its shelves for brands owned by black entrepreneurs. Meanwhile, Glossier, the popular beauty brand, has pledged $500,000 to organizations combating racial injustice and another $500,000 in grants for black-owned beauty businesses. An unforeseen knock-on effect has come in the way of major companies like Unilever and L’Oreal discontinuing their “whitening,” products, most likely due to the glorification of white skin these products encourage. Conversely, companies that have aligned themselves with President Trump, such as CVS who donated organizations supporting his campaign, have been subjected to boycott campaigns. In addition, companies with no black board members have become targets for criticism and have been forced to answer how they will use their companies as platforms of change against racial discrimination. Consumers are watching companies’ responses closely, and will adjust how they spend based on corporate philosophies.

~ Action taken by companies in response to Black Lives Matter ~

>> Deeper engagement/discourse with consumers, building greater trust in these relationships

Even now, protests are continuing throughout the United States. While there have been some violent protests, the majority have been peacefully seeking to end racism. We must deepen our understanding of marginalized communities and consider what we can do to end these issues. 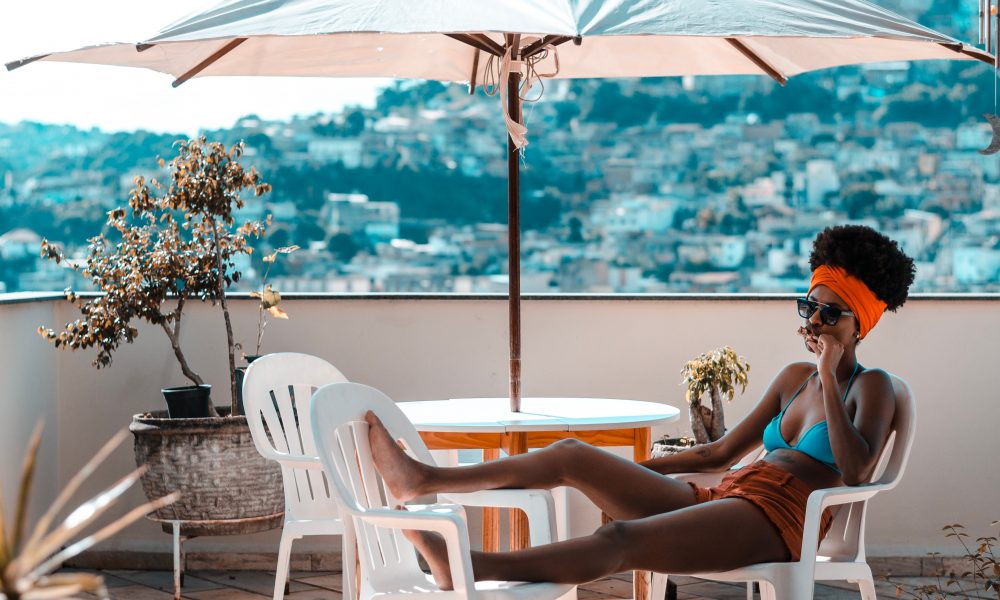 “New Normal” in the City that Never Sleeps 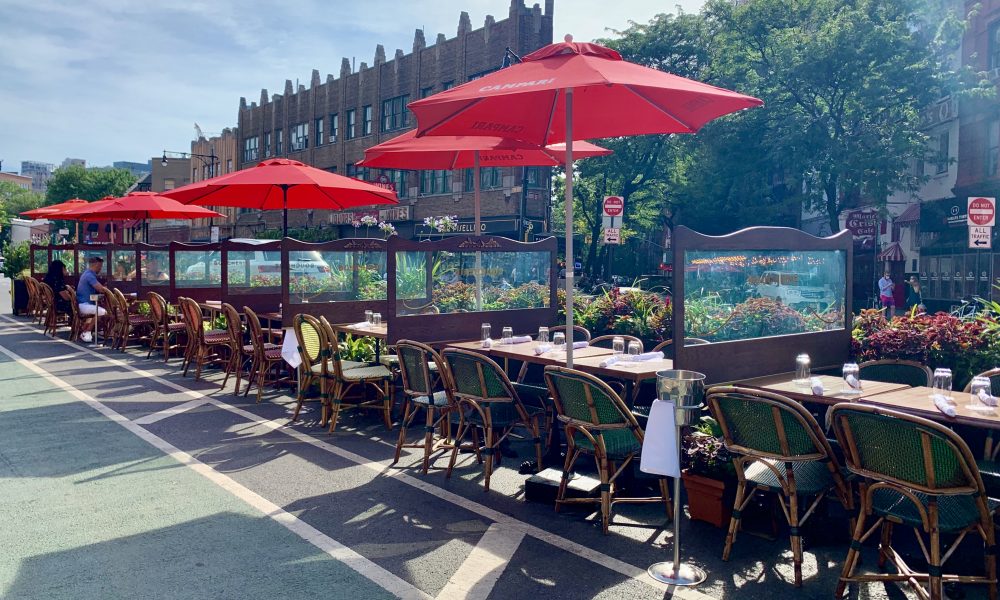 Why BLACK LIVES MATTER in the World 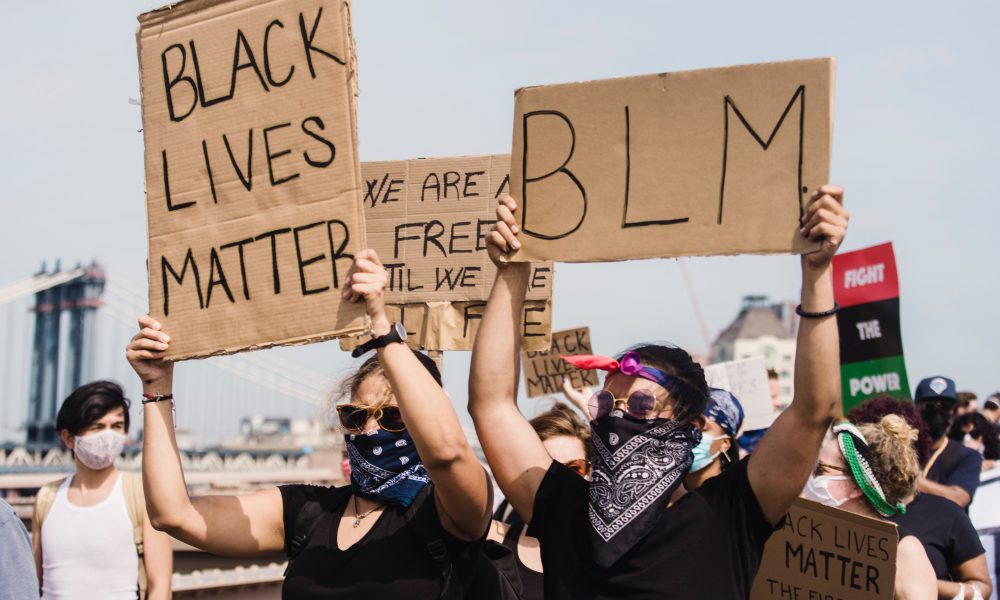